Last week, both The Economist and BusinessWeek had major cover stories about China. And both magazines went straight for the some of the old cliches: red coloring, “asian” fonts, and Mao. In fact, this isn’t the first time for either magazine. Observe: 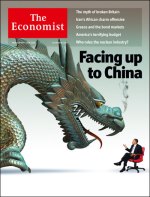 Of course, there are more examples beyond these two magazines. And we’ve already discussed the ridiculousness that goes on in headlines and book titles about China (“Red Dragon Rising!”). But when last week’s Economist and BusinessWeek came out we were inspired by @davesgonechina to create a photoshop contest.

THE GOAL: To create the funniest/best parody magazine or book cover about China, drawing on whatever cliche images, words, and headlines you choose.

THE PRIZE: The winner will receive free VPN service from Freedur for six months (a $49.99 value!)

SPONSORS: This contest is being sponsored by the good folks at Freedur. Freedur also provides VPN service for the ChinaGeeks staff, and we can assure you that it is fast, convenient, and that their service is excellent. If you’re coming to China, a Freedur subscription is well worth your money (or, alternatively, your time making a parody magazine cover so you can win a Photoshop contest and get the VPN for free!)