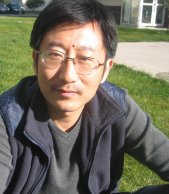 This is a post by Zhang Wen regarding problems of Party membership.

World media outlets converged their reports on 11 CCP spokespeople that came together on June 30th. Public opinion was key here, since this after all does represent the 89th anniversary of the creation of the Chinese Communist Party. After [more than] 60 years in power, the Party has come out and is subjecting itself to the supervision of the outside.

What we need to make clear before all this is that these Communist Party organizations don’t even make their telephone numbers public. Even if the media and the public wanted to ask a question or lodge a complain, they wouldn’t know where to start.

But I’m even more interested in is Deng Shengming, spokesperson for the Central Organization Department, responding to a CNN reporter:

CNN: How many Chinese Communist Party members really join the Party purely out of faith? How is the CCP dealing with the crisis of faith [in the Party]?

Deng Shengming: 99% of Party members are all from front lines of production, work and management: all are ordinary workers. They join the party because they support its platforms, have faith it its theories, identify with its purpose, and strive for modernization along with the Party.

Deng stated frankly that there exist Party members whose “motivations for entering the Party are not upright and proper.” There needs to be “a mechanism we can use to expel and deal with unqualified people in the Party.”

Deng Shengming touched on a sensitive topic: a mechanism for expelling Party members. It is well-known that, in general, foreign political parties freely allow members to come and go….

However, there are currently no measures used to punish “unacceptable Party members”, those who’s reasons for entering the Party aren’t pure, don’t have faith in Communism, and don’t, in fact, plan on serving the people. This is to say nothing of any mechanism to expel such people from the Party.

From this we can infer that quite a few of the nearly 78 million Party members are simply muddling along, not serious about their roles. It’s time to clean up this group of deadweights (or worse, corrupt Party members). They are a hidden weakness of the Party.

In addition to expelling these poor Party members, allowing those members who, for whatever reason, want to voluntarily leave the Party is the next step that needs to be considered.

0 thoughts on “Zhang Wen: “The Freedom to Come and Go is Normal””