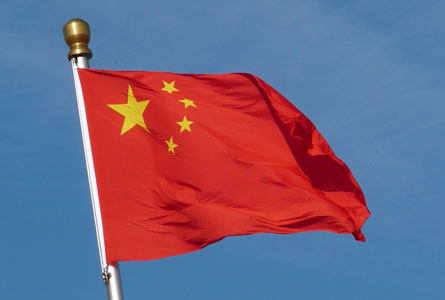 The following is a completely unedited submission I made to the Global Times’s op-ed department, who I have been writing pieces for for some time now. I was particularly proud of this one, a response to this editorial. Unfortunately, it did not end up getting published.

[I have removed a few sentences from this post on the grounds that they were quite definitely pretty unprofessional. My bad.]

A few days ago, the Global Times ran an opinion piece called “How can we make the world like us?” That’s an interesting question, and one that China seems to be asking a lot these days. The government has put a lot of money into expanding their media outlets with the hope of gaining global acceptance, and recently announced a plan to create a short film and accompanying thirty-second commercial that will run on TV in various foreign countries. The commercial will feature a fifty Chinese celebrities.

Wednesday’s opinion piece praises this as a big step forward over China’s previous attempts to rebuild its image, which mostly invovled news stories about economic progress. But actually, I think the opposite is true. News stories about China’s economic growth – which were based in undeniable and clearly evident facts – were a remarkably successful way of changing people’s perceptions of China’s development. But neither those stories nor the commercial is going to help much in terms of making people like China. Neither is the Expo, and neither did the Olympics, really. These show a China that is powerful, yes, but not necessarily one that is likeable. So where has China gone wrong?

The original article says “the Chinese people have long regarded national strength as fundamental to winning respect and affection from the rest of the world. Many Chinese people still swallow the bitter memories of past poverty and the humiliation associated with it.” And while strength may be instrumental in winning respect, it has nothing to do with winning affection. Some strong countries are liked internationally, but others are despised, and the tides turn easily. America, for example, has seen its international image go from “the promised land” to “bully imperialist” primairly because it was demonstrating its military strength. Strength does not breed affection. Too often, in fact, what it breeds is fear.

Economic partnership will not save China either. Foreign countries are no morel likely to be friends with China for econimic reasons than you are likely to be friends with the people working the cash register at your local grocery store. Sure, developing countries may toady up to China for a seat at the table, and even other superpowers can’t afford to ignore China, but that is business. And while business relationships are often also friendly relationships in China, they generally aren’t abroad. It’s all economic; China cannot win affection by flaunting economic power.

Even if that were possible, China certainly isn’t in a position to do so. Whether their complaints are fair or not, an increasing number of foreign CEOs are complaining that foreign companies aren’t treated fairly in the Chinese market and that the government gives unfair advantages to local companies. That kind of approach certainly isn’t going to win China many friends abroad.

Neither is a commerical full of smiling celebrities who quietly “swallow the bitter memories of past poverty and humilation” while presenting a whitewashed image of China to the world. The world knows that China is not a perfect place, so presenting it as one and trying to cover up all of its flaws comes off as dishonest.

It might seem paradoxical that being more honest about flaws will make people more likely to like China, but it makes sense. In interpersonal relationships, people who present themselves publicly as perfect are disliked; they are called arrogant and mocked behind their backs. When they fail, bystanders rejoice. This is essentially what is happening to China now. Foreigners laugh at Xinhua and other domestic media outlets. This isn’t because the people working there aren’t talented – they are – but the limits placed on what they can and cannot say are too great. They are not allowed to be honest. And as a result, the world sees them with suspicion rather than affection.

Returning to the metaphor of interpersonal relations, humble, self-deprecating people generally have little trouble finding friends. People are more likely to trust someone who doesn’t pretend he’s perfect. Why is the US, which is currenly engaged in not one but two unpopular wars on foreign soil, still more popular internationally than China according to a BBC World Service poll from April of this year? I suspect one of the reasons is that the relatively free flow of information into and out of America makes its government seem comparatively honest, even if it is also deeply flawed.

Of course, there’s a difference between admitting one’s faults and advertising them. No one would recommend that China purchase airtime in foreign countries and then run an advertisement about how dangerous Chinese coal mines are, for example. But more honesty would be a good first step.

And if China can’t attract foreign countries by being more honest in its media output, then that’s a clear sign that the government has more important problems to attend to than whether or not foreigners like China. If China wants to be liked, it needs to get honest about its flaws and serious about fixing them.

If it doesn’t it may continue to gain strength and a grudging respect. But it wont gain affection. And it will, almost certainly, gain enemies.