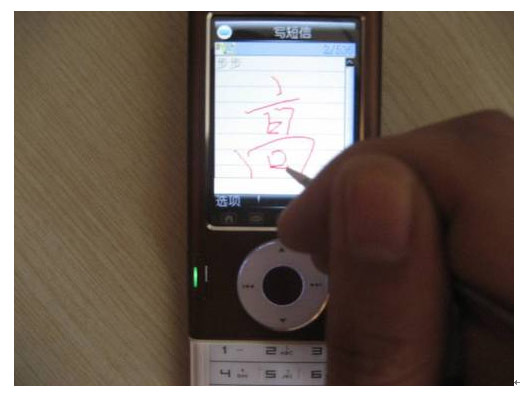 Via ESWN, I came across Victor Mair’s most recent Language Log post earlier this afternoon. It deals with what Mair calls “character amnesia”, the phenomenon of Chinese people forgetting how to write the characters for commonly spoken words by hand. This, Dr. Mair asserts, is “a big problem”.

Before going further, I should make it clear that I have nothing but respect for Dr. Mair’s scholarship. His translation of the Zhuangzi is one of my favorites, and as a star-struck undergraduate, I even met him he came and gave a guest lecture to a small seminar class I was taking on Daoism. I feel quite certain that he doesn’t remember me — why would he — but I was impressed by the incredible breadth and depth of his knowledge.

That said, I completely disagree with Mair’s take on “character amnesia”. Let’s go to the videotape:

Pessimists and alarmists have long been lamenting the negative impact of computers upon the ability of Chinese to write characters by hand. See, for example, Jennifer 8. Lee‘s article entitled “In China, Computer Use Erodes Traditional Handwriting, Stirring a Cultural Debate” in the Technology section of the New York Times for February 1, 2001.

If the situation was bad already a decade ago, it is far more grave now that short text messaging is so wildly popular. In “China worries about losing its character(s),” Los Angeles Times (July 12, 2010), Barbara Demick provides graphic evidence of the starkly diminishing powers of supposedly literate Chinese to produce many characters that are essential for daily usage.

Certainly, most students of Chinese have witnessed occasions when Chinese friends (or even teachers) had to pull out their phones to check a character or two before writing them down. But is this a huge problem? Skipping ahead a bit in Mair’s piece:

“It will take a lot of effort to preserve our Chinese characters. It is the same way they try to preserve these old hutongs,” said Zhu Linfei, 24, a Beijing graduate student, referring to the traditional Beijing alleys, now rapidly succumbing to the wrecking ball.

Zhu, who was touring the old bookstores of Liulichang with her classmates to buy calligraphy books, estimated that she had already forgotten about 20% of the characters she knew in high school.

“But it’s not such a big problem,” she said. “If I don’t know a character, I take out my cellphone to check.”

Zhu Linfei is mistaken. It is a big problem that she cannot write 20% of the characters she knew just 5 or 6 years earlier. By relying on her cellphone to check those characters she can’t recall, that percentage will increase with each passing year. Furthermore, every time Zhu Linfei has to stop to take out her cellphone crutch to remind her how to write a character, she is wasting time, and that in itself is a problem.

In response to the first point, he’s probably right, but only up to a point. Some characters are used frequently enough that it’s nearly impossible to forget them. No matter how often she uses her phone, Ms. Zhu is never going to forget “我” or “是” or “晚上”. Why? These, and a lot of other characters, are things she probably has cause to write by hand at least once or twice a week. “噴嚏” (sneeze, an example Mair borrows from an article by David Moser), on the other hand, is probably not something she has to write often by hand. When was the last time, after all, that you wrote “sneeze” by hand in English? Can you remember a time when you needed to do that?

I would suggest that all the characters a person need to be able to hand-write for frequent, practical use are not going to be lost to this process. While Ms. Zhu may continue to forget how to handwrite characters she learned in high school, the decline will not be constant. At some point, she will have forgotten how to hand-write everything save what she frequently uses when writing things by hand. When she has occasion to write a less common word by hand, she will look it up on her phone. Where is the problem here?

Mair’s second point is that using the phone to look up characters is a waste of time, and it certainly does take time. For each character Ms. Zhu forgets, it will probably take her between 2 and 15 seconds to check on her phone, depending on the model of phone she has and whether or not it’s in her pocket or purse when she realizes she needs it. How often does this happen? I have no scientific data, but given how infreuently one is even required by circumstances to write by hand these days, I suspect it happens at most once or twice a day, and more likely significantly less often than that.

But, coming back to an earlier part of Mair’s piece,

Because of their complexity and multiplicity, writing Chinese characters correctly is a highly neuromuscular task. One simply has to practice them hundreds and hundreds of times to master them. And, as with playing a musical instrument like a violin or a piano, one must practice writing them regularly or one’s control over them will simply evaporate.

That, it strikes me, requires an awful lot more of a time commitment than occasionally pulling out a phone to check a character you’ve forgotten. So why is that not a waste of time when checking on a phone, which takes way less time, apparently is?

Computers, cellphones, smartphones, and all other such electronic gadgets are wonderful tools for communication, but they all exacerbate the predicament of declining ability to write characters among the Chinese population, and they are hastening reliance on alphabetical access to literacy, instead of a direct approach through the 11 or so basic strokes, the 200 or so radicals, and the 850 or so phonetic components. Are these worrisome trends? Can anything be done to stanch the hemorrhaging of active character proficiency at the hands of cellphones and computers? Finally, is romanization inevitable? That is a question to which I shall return in a future post.

While I look forward to Mair’s future post, it seems pretty clear what his take on the subject is, even if he doesn’t want to come out and say it. “Hemorrhaging” is rarely a good thing. And Mair has already told us he thinks that forgetting characters and relying on computers is “a big problem”. He also compares the “character amnesia” to aphasia, a linguistic disability that is caused by brain damage. And one of his comments in the lengthy and worthwhile discussion on the site sheds even more light on his position:

One of my very best friends in China, Xu Wenkan, a senior editor of the Hanyu Da Cidian (China’s equivalent of the Oxford English Dictionary) knows how to write Chinese texts on a computer or a cell phone, but he almost never does so. Instead, he writes everything out by hand. If he needs to submit a manuscript somewhere, he can always hire a WUBI drone who will do the typing cheaply and thoughtlessly. When he sends me messages, he always writes them out longhand (and a very beautiful, exacting hand it is) on a piece of paper. In the past he would fax the messages to me, but now he scans them as a pdf and attaches them to an e-mail that has just these words:

Please to read the attachment.
Wenkan

It was a conscious decision on Mr. Xu’s part NOT to type things with a computer so that he would retain his wonderful ability to write by hand. It is sort of like the samurai Giving up the Gun [: Japan’s Reversion to the Sword, 1543-1879 — Noel Perrin’s great book] or Middle Easterners rejecting the wheel in favor of their tried and true ship of the desert, the camel (see Richard Bulliet’s seminal social history on that topic).

That Mr. Xu has opted to maintain his handwriting by forgoing modern technology (or hiring “drones” to do his typing) is perfectly fine. And I can imagine how nice it must be, especially for a linguist, to receive emails written by hand. But it seems rather romantic, and frankly also pretty absurd, to expect most Chinese people to “give up the wheel” like Middle Easterners did ((I also don’t think that’s a very apt analogy, but admittedly I haven’t read Bulliet’s book so I won’t argue the point.)). Surely Dr. Mair is aware that most Chinese people do not have the time or the money to “hire drones” whenever they are required to type something. And even if they did, it’s would be a colossal waste of time.

The idea that China is a country full of people who write beautiful, fluid literature in characters without a second thought is a romantic fantasy, and it’s unrealistic and unfair to expect Chinese people to dedicate massive amounts of time to maintaining an “educated”-level vocabulary of characters so well that they can be written by hand. Those like Mr. Xu who feel that approach serves them are certainly welcome to practice writing by hand often, and I applaud them, but given the social and financial pressures that exist for most people in China, not being able to write “sneeze” isn’t “a big problem.” In fact, given that nearly everyone has a cellphone, it really isn’t a problem at all.

Of course, if you can’t follow those links because of the GFW, it might be time to arm yourself with some kind of VPN.

0 thoughts on “Is “Character Amnesia” a Problem?”