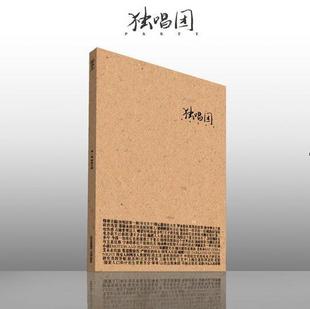 If you’re wondering why Han Han’s blog hasn’t updated in nearly a month, here’s the probable reason. His literary magazine, 《独唱团》was recently released. You may not be aware of this because, according to this report quoted in the China Digital Times ((CDT is reason enough alone to hit up Freedur for a proxy.)), the media is not allowed to report on it or interview people about it.

Nevertheless, people were buzzing around Beijing when it was released earlier this month, and if bookstores are any indication, it’s selling quite well, as many have it displayed front and center in their literature sections or laid out in stacks with other featured new releases. I picked up a copy from such a stack yesterday and have begun to work my way through it. At my current rate of speed, you can expect my full review of the magazine to be hitting the internet sometime this October.

The magazine appears to be titled “Party” in English; perhaps a tongue-in-cheek shot at the authorities for having caused him so much trouble, forcing him to re-title the magazine and then later redo the cover as well.

The magazine — whose title might be loosely translated as “Solo Chorus” in English — now features an elegant brown cover with the title in the top left and the contents written across the bottom, ending with the price, 16 RMB.

I’ll leave any commentary on its contents for later, as I haven’t finished reading it yet. But if what I’ve read so far is any indication, it’s worth your 16元 if you’re the sort of person who enjoys short stories, occasional irreverence, and some very beautiful photographs.