The following is a translation of a recent post from Yang Hengjun, a political espionage novelist and blogger. This article is part three of a series of articles he is writing about the post-80’s generation. We have also translated the first and second parts.

In this article, Yang Hengjun outlines his “70-year limit on autocratic rule theory”, which suggests that since the beginning of the 20th century when dynastic rule came to an end in China, history has moved “man” toward democracy. Yang uses examples of the fall of the Soviet Union and Taiwan’s democratic elections in the 1990s to explain how although historical determinism does tend to move toward democracy, it is ultimately up to “man” to create his own history.

Chinese people today are equally curious about the past and the future, but seem to be disinterested in the present, as if they already understood very clearly today’s world. In order to cater to the interests of people, Chinese scholars seemingly present ideas as though we lived somewhere else, as if the present were nothing more than a link between a mysterious past and an even more mysterious future. 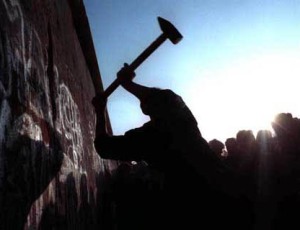 I’ve always thought that understanding where we stand in the historical context of the present is perhaps more important than understanding the past or the future. Without such an understanding, it is easy to see ourselves as merely the products of our past and/or becoming casualties of the future. The past is certainly very important, but it does not determine the present, nor does it determine our future. Indeed, although there is no way of predicting the future, there is certainly a way of shaping it.

And if we’re going to talk about history, we have to first talk about historical determinism, which, simply, is the course along which history develops [….] However, the fact that this theory has no way of explaining many phenomenon has made it the subject of criticism for many scholars.

For example, we see that since the establishment of America as the first democratic government 230 years ago, over 60% of the countries on the planet have become democratic countries. The theory of historical determinism, then, would say that history has traditionally tended to move in the direction of democracy. It does not, however, explain how it is that that the other countries which should be democratic are still living under autocratic regimes. 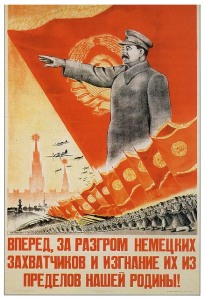 And those calling into question [the theory of historical determinism] have their reasons. But they should also consider this: It is understandable that some countries will, for a short time, stray from the course history has set. However, looking at the larger trends taking place, does the absence of primitive societies, and lack of modern-day feudal and slave societies, not prove in itself that history has developed along a certain path? That history occasionally creates detours is unavoidable, but such detours in the long run cannot help from being swept up in the larger tides of history.

We shouldn’t over-analyze the affects that believing in historical determinism could have on our pursuit for free democracy. For example, some may use historical determinism as an excuse for inaction. Such believers may think that as history progresses it will naturally bring with it democracy, and as such fighting for it would be useless. But this constitutes just a small portion of believers. It is also possible that some, because of their belief, will emphatically stand on the correct side of history [and fight for what they believe in].

As for the non-believers, some believe that autocracy will reign for ages, that history has determined eternal authoritarian rule. But there are also some believers with lofty ideals and aspirations who believe that as long as they endeavor to that they can bring democracy to us today. So, although you can negate the existence of historical determinism, history most certainly has its own trajectory. Believe in and learn from history, but don’t follow it blindly. We create our own history.

And since we are discussing history, we need to discuss an even more important element to history, which is “man” [….]

“Man” is historical determinism’s most perplexing element. As everyone who has read a history book knows, behind every crucial juncture in history, behind every moment viewed as being an “inevitable” product of history’s trajectory, stood men and women who rewrote the course of history. This “man” [those who rewrote history, are those which] I speak about.

It would not be the slightest bit of an overstatement to say that the study of humanities at its very core is man. The research of any society or historical phenomenon uncovers the decisions and development of man, because if it were not for man and his decisions then the world would be forever unchanged.

Let’s look at a few examples which illustrate both history’s trajectory as well as how man is its most important element. According to a theory which I’ve tentatively titled as the “70-year limit on autocratic rule theory”, since the end of dynastic rule [in the early 20th century], most countries formally ruled by a autocratic regime have moved away from an autocratic government and toward democracy.

Twenty years ago, an enormous change took place: Seemingly overnight, the collapse of the Soviet Union befuddled not only America and other western countries, but also the Soviet Union itself. How was it that such a gigantic shift occurred?

The key reason why the Soviet Union dissolved after 70 years, but North Korea and Cuba continued [as Communist states] past 1989, is because of the individuals involved. Seventy years after the establishment of the USSR, the founders and the founders’ predecessors had long exited the political stage. The [slogans for change and revolution] that legitimized the original founders’ rule no longer held the same weight with rulers of the 80s.

It is natural for a country’s citizens to call into question the authority of new rulers. Such leaders must legitimize their rule and power through some means, with many prompting economic growth or establishing a democratic government. How long can an authoritarian government rule without a legitimate ruler? History has told us that such countries do not last any longer than 70 years, with the only exception being China’s feudal dynasties.

And what was it about these dynasties which allowed them to perpetuate their rule for tens or in some cases hundreds of years? Aside from being without advanced technology, the most important contributor to the perpetuation of their reign was the legitimacy behind a ruler handing down power to his son. This process of a ruler directly bestowing power to their chosen heir was autocracy’s only stable model for passing on power. The blood ties existing between the old and new solidified the link between past and present [….] 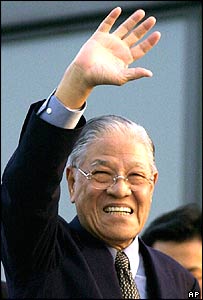 And this idea is something very familiar to Chinese and other Asians. We’ve seen a recent example of this when Chiang Ching-kuo (who received power directly from his father, Chiang Kai-shek) handed down power to Li Teng-hui, but purposely did not appoint an heir to succeed Li Teng-hui. And it was obvious [to many] that Li Teng-hui had no legitimate power. As a result [of Li Teng-hui and the Kuomintang’s weakening power], Li Teng-hui had no choice but to find a way to bring new legitimacy to his power.

At that time, there were few options. One was to continue fighting the mainland, with whom Taiwan was evenly matched militarily. It seemed at that stage that the mainland could have reintegrated the small island with relative ease. However, the mainland’s economic development was leagues ahead of Taiwan’s, and as such resistance seemed a far-fetched way to legitimize Li Teng-hui’s rule.

The second choice was to bolster the economy. Creating a prosperous country which could provide basic needs for its citizens, restoring their happiness and dignity, would be a much stronger way to legitimize power than staring down the barrel of a gun. But Taiwan had already used slogans of “economic development” in the past, as is known with the period of the Four Asian Tigers.

So, [without much of a choice] Li Teng-hui used momentum which had already begun growing for democracy to push for democratic elections, and as a result became one of the founding fathers of Taiwanese democracy. Go look in the history books: it took just about 70 years from the time Chiang Kai-shek took power in the 20s to the time when the first democratic election took place in the 90s. Remember this number [….]

And now let’s look back to 20 years ago to when Eastern Europe began to have enough of Soviet rule. Why was it that the Eastern Europeans had had enough? The answer is simple, really: the rulers of Eastern Europe were not the men and women who originally founded those countries—they were Soviet lackeys whose legitimacy was established and perpetuated by Soviet tanks. Under such circumstances, would it really be possible [for anyone] to maintain peace for long?

At the time, the sudden dissolution of the USSR made many people’s head spin. But history knows better [….] Those who were truly surprised by the demise of the Soviet Union were obviously not thinking clearly. The ultimate difference between countries which can and cannot weather moments of tumultuous political turmoil lies in the legitimacy of their rulers. 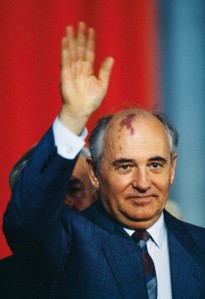 And what are the third-, fourth-, fifth-and-so-on-generation successors to do when those who originally legitimized their rule have long left the political stage? I’m afraid that the only method of legitimizing and holding on to power is by staring down the barrel of a gun. [And it’s typical for rulers in such a position] to say, “We are powerful.” Such an approach to legitimizing and holding power is very dangerous.

Read the history books and you’ll see that in 1979, when the Soviet Union was only 60 years old, that its military might and foreign diplomacy was second only to America’s. America and the Soviet Union were two superpowers sharing the world stage. Since then, what other country throughout history has come close to matching America’s might? [….]

Those who have read this far are probably thinking that this “70-year limit on autocratic rule theory” is absolutely the product of historical determinism. And, actually, it’s not, because in all of these changes we’ve seen a number of instances [where “man” has changed the course of history]. And these instances [of historical change] were not anticipated by contemporaries of the time.

If throughout the Soviet Union’s 70-year history its citizens had acted as slaves, then everything would still be the same. If 70 years ago the Soviet Union did not have Gorbachev, then nothing would have changed. If after 70-years of rule, Taiwan’s single-party dictatorship had not used democracy to resolve the political issues which were arising, it is very possible that the Kuomintang would never again have bounced back as they have, to the extent that they are still in power today.

And don’t you tell me that while other countries are created by man, that we Chinese are created by history. Don’t you feed me the clichés that “special interest groups” are bad, that they create history, that they will never led power slip from their tightly clinched fists, that those around you are too ignorant. This is all nonsense. Are you not also “man”?

So, I leave you with these words of encouragement: the future is not for speculating, or waiting to see what will happen, the future is waiting to be created. As long as everyone works hard together, as long as each individual does their utmost, then we can certainly walk into the future we hope for.

A translation of a piece from the Economist appears in ChinaGeeks Chinese today: 《经济学人》撰文称中国政府庆幸地震发生在青海而不是西藏. We have also updated our story on the Qinghai earthquake students to reflect the most recent total casualty numbers, and also revised the student numbers..

0 thoughts on “Yang Hengjun: The Fall of Authoritarianism”