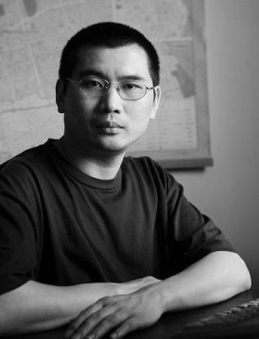 This is a translation of this piece by Changping about Hubei Govenor Li Hongzhong and related ideas about media and press freedom:

Although Premier Wen Jiabao memorized quite a few poetic phrases at the press conference, for many media outlets, the most memorable event of this year’s National People’s Congress and Chinese People’s Political Consultative Conference (两会) was the “Hongzhong pen snatching” incident. On March 7th, during an interview with journalists, Hubei Governor Li Hongzhong heard a female reporter ask about the Deng Yujiao case [a woman that killed an official when threatened by him with rape – Ed.]. To much surprise, he didn’t directly respond; rather, he turned the question around and asked the reporter which media outlet she was with, and declared that would find the director of her office. Even more surprising, Governor Li reached out his hand and snatched the reporter’s recording pen. Hours passed before a worker returned the pen to its owner.

Some have cited article 263 of China’s criminal law – robbery, the act of illegally acquiring something, and using violence or coercion against its owner or guardian, using force to steal public or private property – and believe Governor Li can be considered a robbery suspect. On the other hand, Governor Li believes an apology isn’t even worth considering in this situation. His explanation for this action: “We were worried that she was not a reporter, so we took the recording pen and [investigated].”

This is a very interesting explanation. Governor Li suspicions were due to the Deng Yujiao case. Why bring up this question, [Li wonders]? Maybe this isn’t a reporter after at all! Obviously, Governor Li believes that in these circumstances,  even if a reporter has not undergone special screening and coaching, reporters still ought to understand enough to ask only “direct” questions, allowing a leader to easily respond and allow a reader to feel society’s harmony.

Governor Li’s judgment comes in part from his experience and in part from his knowledge of our society, and in fact his assumptions aren’t at all out of line in this case. Domestic reporters participating in the National People’s Congress and Chinese People’s Political Consultative Conference indeed will receive some very severe restrictions, and at the same time will have a very strong sense of self-discipline; they will almost never ask “messy” questions. In times past, almost all reporters were like this, and today most of them still are.

A few years ago, when Li Hongzhong was simultaneously appointed Shenzhen’s party secretary and mayor, he began his term with the inspirational phrase “In Shenzhen, please supervise me first,” and declared “Today I am promising to

embark on a great task, and I ask not only all comrades in the Party to supervise me, I also welcome all citizens of the city and those from all circles and walks of life, and all media outlets to supervise me.” Some people are surprised to contrast those words with his present attitudes. Actually Li Hongzhong sees no contradiction between his past words and present actions. After his pen-snatching incident, he still gave reporters the same speech he gave in Shenzhen. There are quite a few other officials that enthusiastically welcome media scrutiny. The reason these officials are so bold is because they believe that the media is something that can be controlled, and it has already been thoroughly trained. They already understand what to ask and what not to ask.

Some people had been expecting domestic reporters to ask questions regarding the Li Hongzhong incident at the premier’s press conference. These people’s estimation of the current political situation are no more precise than Governor Li’s: opportunities to ask questions all happened to fall in the laps of reporters from media outlets like People’s Daily, Xinhua News Agency, CCTV and CPBS. For these media outlets, reporters asking “messy” questions is a serious political mistake.

The mistake in Governor Li’s judgment lies in the fact that he hasn’t realized the change that’s occurred in the media. First, the commercialization and growth of professionalism in media has already been underway for a number of years. The reporter that asked Governor Li such troubling questions, Ms. Liujie, comes from Jinghua Times […]: Governor Li believed she wasn’t a reporter at all. Conversely, in the eyes of these professionals, reporters like her are the only real reporters. Whether it is from a commercial perspective or for the sake of professionalism, reporters ought not become the mouthpiece of the leadership by asking superficial or even flattering questions. If my suspicions are correct, Jinghua Times will not punish Ms. Liu, because in this event the benefits outweigh the drawbacks.

Secondly, Governor Li has ignored the growth of the internet. In earlier times, it would be as if the event had never happened except for the pressure placed on the media outlets and reporters present during the event. But nowadays, regardless of the controls placed on it, the internet occupies a larger space than traditional media outlets and has fewer restrictions. Even though many media outlets do not receive explicit prohibitions, they still remain self-consciously silent when dealing with officials of a high enough level. But netizens don’t have this kind of media “upbringing”, and in fact will exert pressure on traditional media workers to examine their own self-discipline and then break the rules, seek out new reporting opportunities, and interact with the internet community.

In the end, this event sparked opposition from both those in the media and others from all parts of society. Within two days of a written statement of opposition circulating online, it had already gathered over 800 signatures. […the statement asks authorities] to seriously examine organizational measures of removing Governor Li’s status as a governor and his position as a representative in the National People’s Congress.”

Governor Li can relax: the National People’s Congress will not pay attention to this matter. Therefore the written statement of opposition declares: “This opposition need not unrealistically pursue success, but nonetheless we must in all conscience still offer opposition.” Many people do not realize that even opposition without success has value. In a normal society, opposition itself is part of politics.

But those in opposition to this event must also face this question: Why is the case of a reporter’s recording pen being snatched such a big deal? In comparison to China’s “corpse robbery” events, is it really that important?

A similar problem was also discussed in Hong Kong. During last year’s “July 5th” Xinjiang incident, Hong Kong reporters were detained and assaulted by mainland police; this set off large scale protest actions. Some have wondered, if reporters often meet frustration, why does every little thing have to cause a big uproar? Are reporters taking advantage of special media rights to advance themselves?

First of all, I believe that opposition activities, however small, need to be carried out.  Everyone is entitled to equal rights regardless of their position, and if any one person receives unjust treatment, everyone can oppose this. Certainly, the world has even bigger injustices than the “corpse robbery” incident, but that does not mean we should require people to stop opposing it.

Secondly, just as this written statement of protest says, “To fight for dignity in the news is to fight for dignity of the people.” The “special rights” that the media possesses are actually its public nature. Unlike what some people may claim, traditional media is all state-owned, and the government will use it for its own purposes. Internet media is all private enterprise, and can delete and post whatever it likes. In the view of professionals in the media, the media is a public instrument, regardless of who the boss is. This is because the product it sells is are the public fruits of free speech. The media should adopt this sort of viewpoint when defining its own objectives. In this way, controlling the media’s right to interview [leaders] is indeed a serious issue.